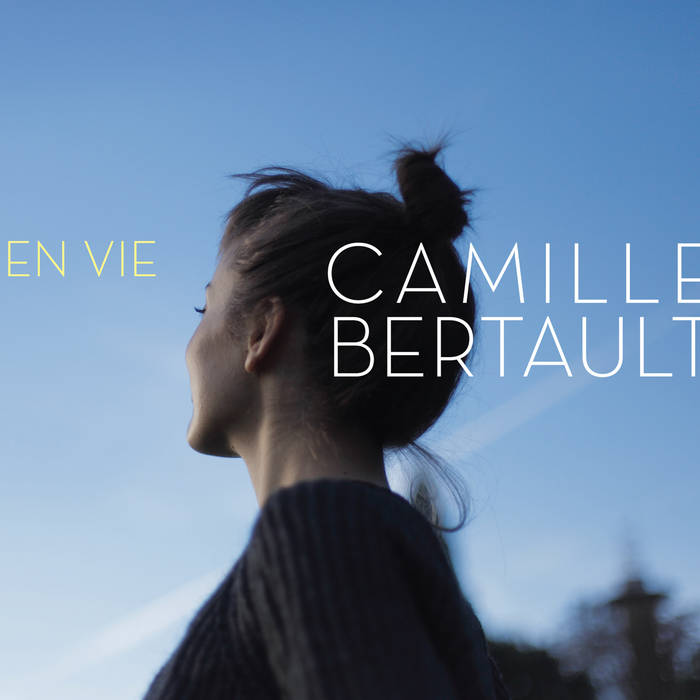 Rob O. Camille's tone is one that I immediately got used to. Plenty here to love about this album. There's a nice mix of original songwriting as well as interpretations. Also a balance of uptempo and mellow tracks. The musicians really excel. I love the lyrics and arrangement of Wayne Shorter's Infant Eyes. You don't have to speak French in order to appreciate the universal language of music. J'adore la musique!

In recent years, it has been common for stars to be born through the means of social media. The immediacy of the Internet and the demand for content has made it possible for savvy artists to find their audiences and develop them. Though occasionally, there is the story of a whim turning into an opportunity.

During the early summer of 2015, French vocalist Camille Bertault began utilizing her special talents of solo transcription and vocal dexterity to record herself singing remarkably to famous solos by jazz legends. She made videos of the performances and posted them to Facebook without much thought. The result was an immediate landslide of attention, but more than just acknowledgment of a quirky video, true fans began to call.

That was how Bertault came to the attention of Sunnyside Records. After being introduced by producer Matt Pierson, it turned out the vocalist had a recording already in the works; it was just a matter of tweaks and the recording, En Vie, was ready for the public.

Bertault’s story didn’t begin here. Her initial foray into music began when she was four years old, beginning classical piano studies with her father in Paris. As an amateur jazz performer, her father led her to her appreciation of the genre and she became accustomed to singing in familiar company. Fifteen years of musical and theatrical training, including a stay at the Conservatory of Nice (where she moved at 14 years old), prepared Bertault for the world of a performer.

For Bertault, the art of the lyric is just as important as the composition. The importance of telling a story with wit and sincerity became a high priority. Bertault also owes her ability to deliver these lyrics with such emotion and drama to her study of the theatrical. Her musicality is apparent in her solo transcriptions that brought her to the attention of the jazz world, but it really shines in her own compositions and arrangements.

Bertault has been involved in the Paris jazz scene for some time, leading jam sessions and widening her base by hosting a web series for Japanese viewers who want to learn French and about Paris (she speaks Japanese, by the way). In her travels, Bertault was introduced to pianist Olivier Hutman by her friend Sara Lazarus. After a few gigs, they decided to record an album. Hutman assembled the rest of the rhythm section: bassist Gildas Boclé and drummer Antoine Paganotti.

For En Vie, Bertault brought six original songs and four well-known standards. All of the lyrics that were recorded were written by the vocalist.

The recording begins with “Quoi De Plus Anodin,” which is Bertault’s version of Herbie Hancock’s “Empty Pockets” and is the story of a pickpocket, mirroring this hard life with a light but empathetic blues. The accelerated “Course,” or “Race,” brings to mind the fast paced life of the city with four overdubbed voices in a tight harmony. Bertault’s lyrics to the beautifully played Wayne Shorter ballad “Infant Eyes” bring to mind the purity and magic seen in the glimmer of a child’s eyes. Inspired by a witty line of Jacque Brel, the title of “En Vie” is wordplay on “alive” and “envy,” as the song itself is just as lively. Jimmy Rowles’ “Peacocks” is reborn as “Cette Nuit” or “Tonight,” where Bertault imagines a dream about peacocks in a strange ambiance, including colorful plumage.

Another clever turn of phrase is in the title of “A La Mer Tume,” which means “to the sea” but could be misinterpreted as “amertume” or “bitterness,” with allusions to the sea, waves and drowning in bitterness. Bertault’s “Double Face” is about everyone’s two sides, her wordless vocals and her effervescence carrying this lively performance. The narrative of “Tatie Cardy” is about an old woman having tea who suddenly feels the ground shake from an explosion, making her heart race. This theme is echoed wonderfully by the speedy ensemble and their dynamic lyricism. “Prélude” is Bertault’s lovely interpretation of Ellington’s “Prelude to a Kiss” and her original lyric is about the sensation experienced just before a kiss. “Satiesque” is written with the impressionist composer Erik Satie and his influence in mind.

It is her talent, wittiness and magnetizing personality that have brought Camille Bertault to the attention of so many so quickly. Her new recording En Vie will not disappoint a public that is excited to hear a new talent who is fast on the rise.

Bandcamp Daily  your guide to the world of Bandcamp